With winter rolling in we’ve been looking at cooking more of our favorite comfort food around here. Unfortunately, with Diane’s Gluten and wheat issues we’ve been forced to eliminate some of our favorites or modify them quite a bit. One of those is potato soup. We used to use plain old white flour and haven’t really tried to make potato soup in years. So this fall I decided we needed to work on a gluten free version that Diane can eat. 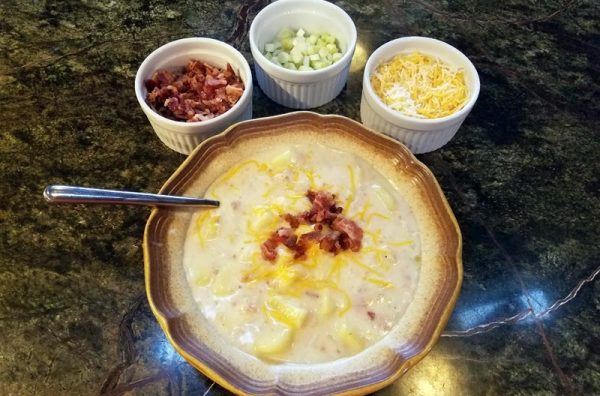 The recipe says 10 servings. When we made this a few weeks ago there were 6 of us and there was just enough left over for one bowl as a snack.